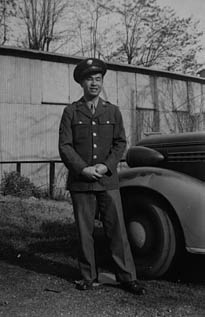 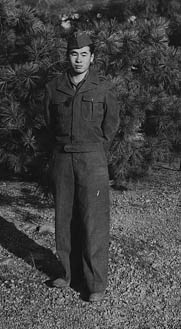 George Lee Din was born in Merced, where the family had a laundry, on January 12, 1924, the second child and first son of Hew and Lock Din.  The family moved to Woodland soon after to run another laundry, and George graduated from Woodland High School in 1942.

George Din was a member of the US Army from February 27, 1943 until January 4, 1946, when he received an honorable discharge. His rank at his discharge was Technical Sergeant, and he served in the 489th Battalion of the Army Air Force where he was an airplane mechanic, possibly working on transport planes or bombers. During this time, George met another mechanic, Bill Owyang, who later introduced George to his sister, Esther.  They were married in 1954.

During World War II, George Din made (savings?) deposits at the APO (Army Post Office) locations on Anguar, Palau Island (in the Micronesia chain of islands) and then on Okinawa in the Ryukyu Islands. His brother Jack recently found some photos that George may have taken during the ceremonies when the Japanese generals Nomi, Takada and Kato surrendered the Ryukyu Islands. For Naval Historical Center photos, visit their site.  Here are photos we believe were taken by Tech Sergeant Din. 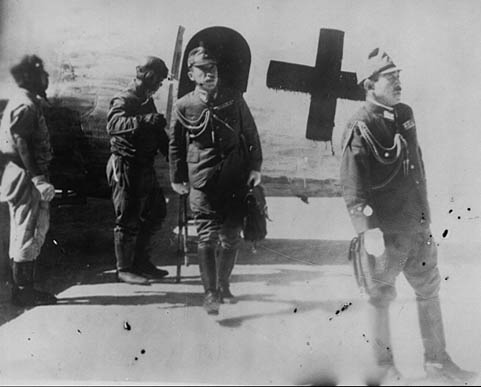 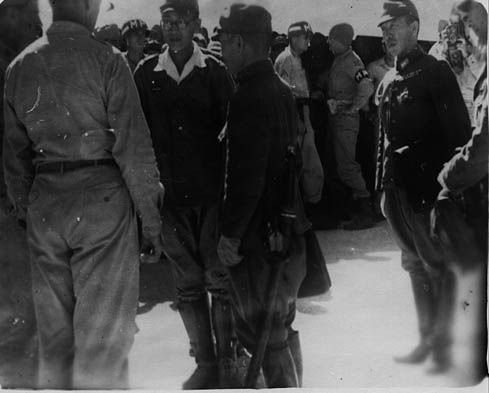 George graduated from UC Berkeley with a degree in architecture and worked for an architect named Henry Hill, who was strongly influenced by Frank Lloyd Wright. The San Francisco Chronicle printed this profile, stating, "A Hill house is flamboyant and whimsical, as was Henry Hill himself." George and Esther had two children, Grant and Carla. George passed away in 1960.