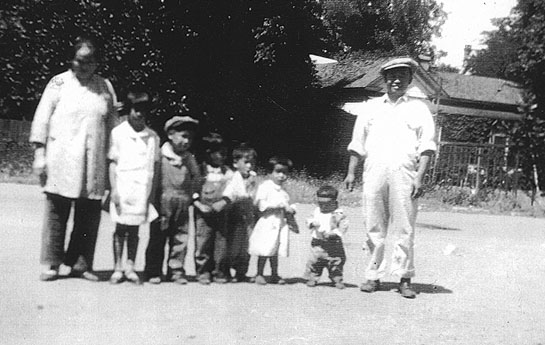 From around 1925 to the 1940s, the Din family ran a laundry, Tai Lee Laundry, on 323 First Street at Dead Cat Alley (they had previously run a laundry in Merced, CA). The Tai Lee Laundry was located in the Wycoff Building, the location where downtown Woodland was founded in 1853. James, Lucy, Jack, John and Henry were born in Woodland, many of them in the laundry. The building was demolished in 1947. The photo below is from a calendar of historic Woodland, and is from the collection of Gary Wirth. 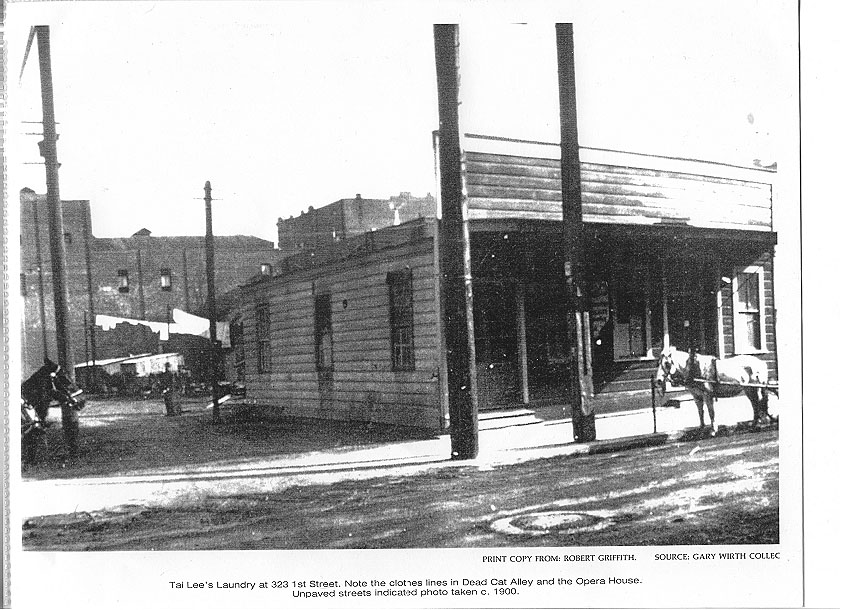 In the early 2000s, Woodland graphic artist and historian Dino Gay began leading a tour of Dead Cat Alley as part of the Woodland Stroll Through History. He has welcomed Din aunts and uncles to speak about their experiences. Dino has included a Din family page on the Dead Cat Alley website (the site is temporarily down as of 8/07, but should be back up soon)

In his page on the people of Dead Cat Alley, Dino noted, "The name [Dead Cat Alley] is definitely intriguing, but the real attraction to the alley is the people who really experienced it and shaped its history. People like the Rulands, the Wirths, the Sharps and - most of all - the Dins. During that first Stroll Through History tour, Ruby Din Yee and her younger siblings Lucy, Jack and John (who were born on The Alley) returned to their Woodland home and shared their stories with strollers. It is the Din family's participation in the annual tour that has led to the development of The People pages in this Web site."

Dino and his colleagues have put up sculptures of cats in the alley, as well as beautiful plaques such as the one shown here, which mentions the Din laundry.